Home » My quilt studio is a mess!

My quilt studio is a mess!

I mean a huge disaster but there is a good reason! 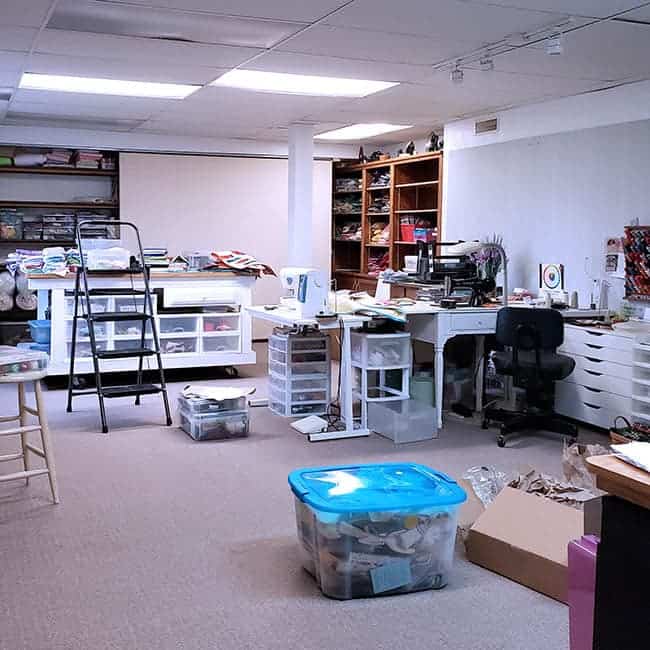 Remember when I left on Tuesday to go babysit my granddaughter for a few days?

Well, on Thursday morning I did my usual check to see if there were any new houses listed up here (not really expecting one) and a new one had just come on the market! I read through the description and knew it just might be the one!

I immediately called our realtor, it was so new she didn’t even know about it and I asked if I could see it that morning. I then sent the information about it to Builder Bob.

When I got to look at the house I was sure this would be what we were looking for so I called him and told him to get up here right away!

We have been looking for several months and there aren’t that many to choose from. Several times we have found one that we liked and there would be an offer on it right after being listed.

I looked at the house in the morning and before Builder Bob could get up here, someone else had a appointment and there was someone looking at it Friday. My stomach was in knots until Builder Bob got up here!

Once Builder Bob saw the house we made an offer on it! I am happy to say that the offer was accepted and we will be the new owners of this house! Closing is the end of February or maybe sooner.

Our daughter recently moved here and bought a house that we both really, really like and now we have a house that is very similar! Her house is wider but the insides are very similar. Her house is about eight years older than ours which was built around 1897.  This house is much, much smaller than the one we live in now.

I haven’t lived in a “town” for over 40 years and I wanted to lived somewhere that I could walk to shops and….to my daughter’s house. Look at how close we will be! I can’t wait!

Now you know the reason for the mess in my quilt studio! Two days ago it looked like this.

I know we won’t be moving for a couple months but I have a lot of quilting supplies to pack up. We also want to take the padded boards that are on the walls to display my quilt projects with us. I can’t imagine anyone else wanting them. They need to come down so holes can be patched.

My sliding design wall will also come with me and the shelves behind it. I did all of this yesterday after we found out our offer was accepted.

What I am doing is packing up things that I know I won’t need to use in the next couple of months. Poor Builder Bob is just shaking his head as he sees how much stuff I have. 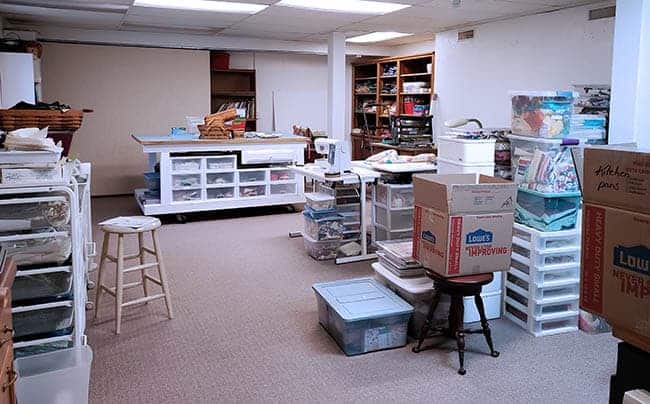 I’m going to lose my big beautiful quilt studio! We will be living in a state of chaos for at least the next year. There is a bedroom upstairs that I will use as a temporary studio….it is small but at least I’ll have a space. Most of my things like my huge cutting table will be put in storage.

We plan to add a master bedroom suite on the back of the house and……a quilt studio! This will be the first project. For now we will use the living room as our bedroom and not change much in the kitchen and dining room areas until after the addition is built.

We are excited! I love our home on the river and all of the space but it is time for a change.

We begin the next journey in our lives!

Welcome, I'm Connie. I enjoy sharing easy to follow quilt tutorials, tips and help with quilting. Be sure and check out my tutorials. To learn more, click here.

You can find all of my pdf quilt patterns at My Shop, Etsy or Bluprint.